Following a strong push this week to enhance religious tolerance in the Middle East – with Muslim World League chief Dr. Mohammed Al-Issa championing Muslim-Jewish relations and UAE Minister of State for Foreign Affairs Anwar Gargash speaking at the American Jewish Committee – the UAE’s Jewish population is speaking out about what it is like to be Jewish in an Arab Islamic country.

Since David Zabinsky moved to Dubai from the US five years ago, his Jewish faith has strengthened – a development he suggests is a testimony to the UAE’s tolerant environment.

He now celebrates Shabbat, the Jewish day of rest, and high holidays with members of the UAE’s flourishing Jewish community and has become more knowledgeable about his faith and others.

“Ironically enough, and perhaps beautifully, it’s taken me moving to Dubai to become a more observant Jew than I ever was in the US,” said Zabinsky in an interview with Al Arabiya English.

Zabinsky is just one of hundreds of Jewish people in the UAE that express their gratitude to the government and society for spearheading interfaith relations in the Middle East.

“The UAE can and should serve as the model to the world when it comes to acceptance, diversity, and multiculturalism,” said Zabinsky. 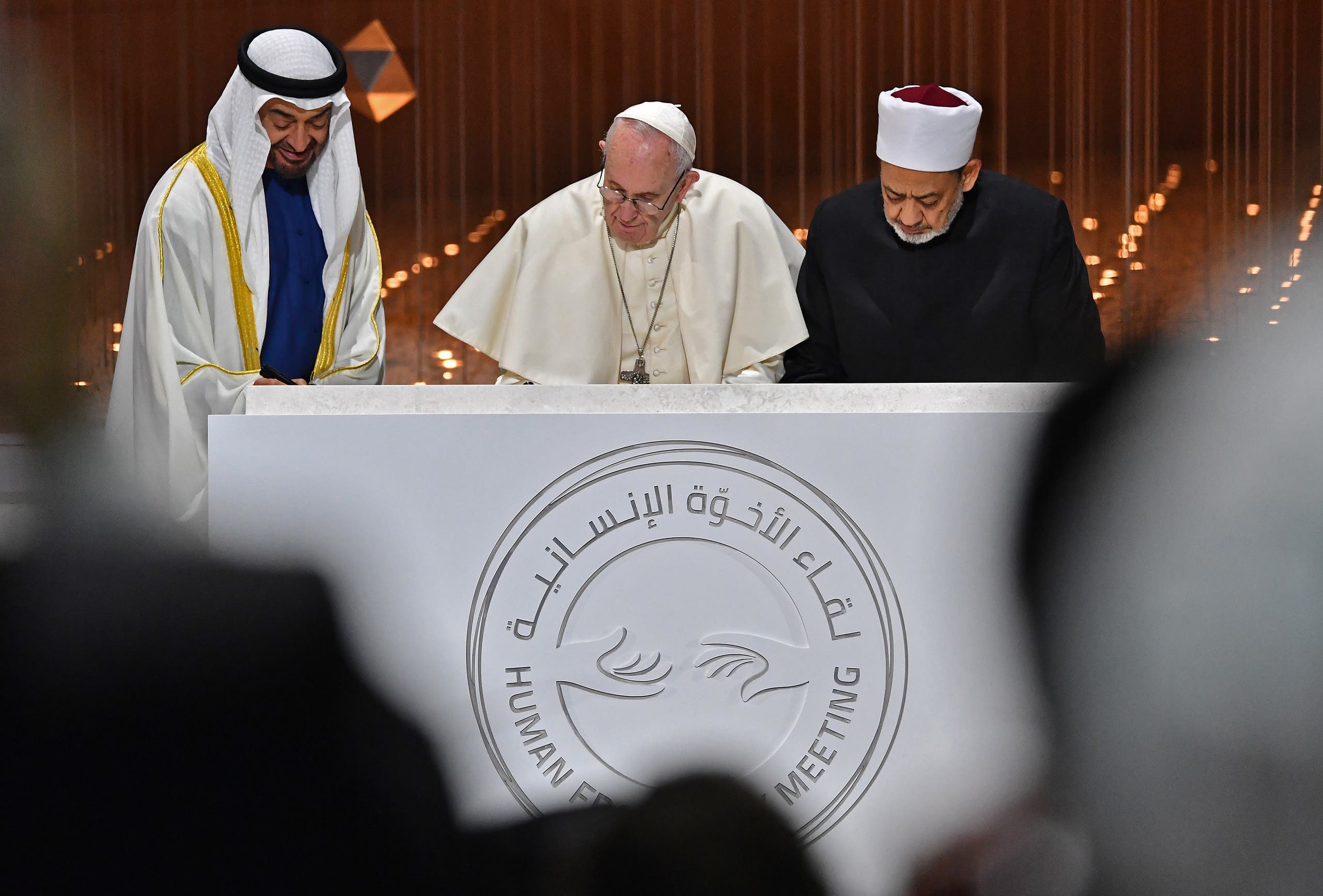 Home to more than 200 nationalities, the UAE has embraced the celebration of countless faith traditions since its founding, according to UAE Assistant Minister for Cultural Affairs Omar Ghobash.

“By offering residents the freedom and space to practice religion unrestricted, the UAE consistently sends a message that their diverse perspectives and life experiences matter greatly in strengthening the country’s plurality,” Ghobash told Al Arabiya English.

Year of Tolerance lives on

It was the UAE’s Year of Tolerance in 2019 that really “set the country’s public interfaith initiatives in motion,” said American Rabbi Marc Schneier, who participated in Year of Tolerance events including the visit of Pope Francis, in an interview with Al Arabiya English.

Since then, the UAE has seen the construction of a new synagogue as part of the Abrahamic House of Fraternity in Abu Dhabi and the launch of the first kosher food service in the Gulf region. 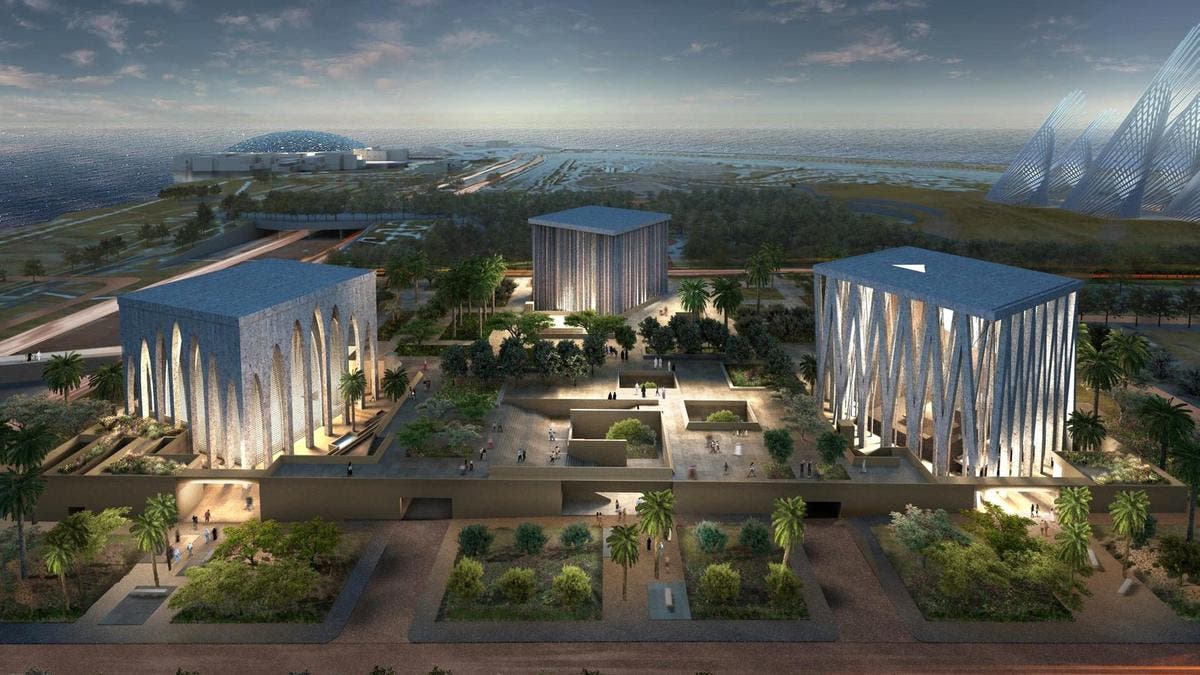 An artist’s illustration of the Abrahamic Family House to be built in Abu Dhabi. (Courtesy: Edelman)

The direct outreach to Jewish people by the UAE’s top leadership is significant and shows “how far we have come,” according to Schneier.

UAE Minister of State for Foreign Affairs Anwar Gargash spoke on Tuesday about the country’s interreligious initiatives saying “the DNA of our society is a very tolerant one” during the American Jewish Committee’s virtual global forum. 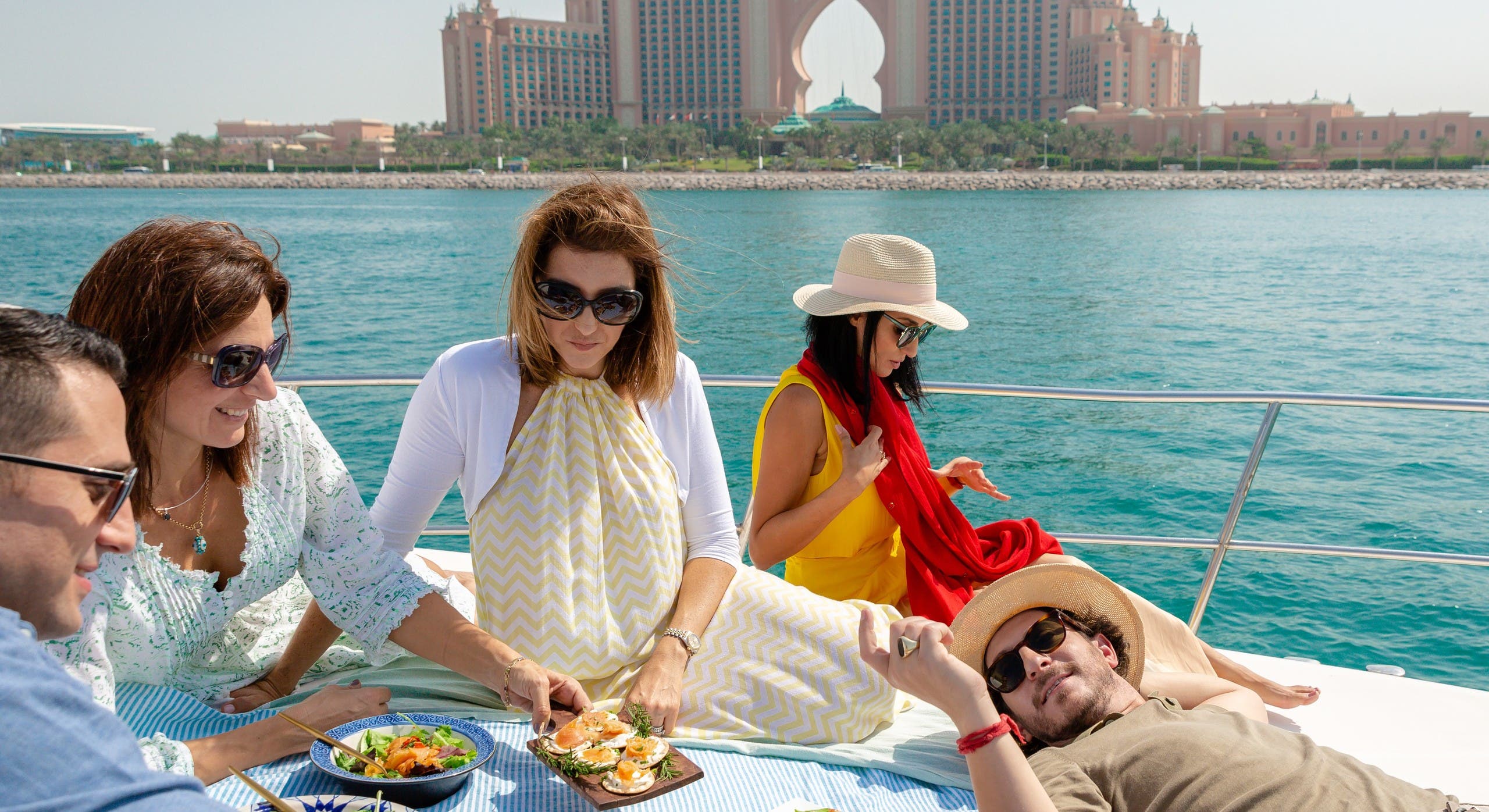 Elli Kriel, founder of Dubai-based Elli’s Kosher Kitchen, samples some of her dishes with friends in Dubai. (Courtesy: Elli Kriel)

“Beginning of a new era”

The welcoming of the Jewish community is not limited to top-level UAE officials like Gargash, but pervasive throughout UAE society, according to Dubai-based Rabbi Levi Duchman.

“As the Rabbi of the Jewish Community of the UAE – seeing firsthand the lessons in tolerance and coexistence that our benevolent leaders instill in their youth – I can proudly say that this is truly the beginning of a wonderful new era,” said Duchman in an interview with Al Arabiya English.

Earlier this month Duchman and the Jewish Community of the UAE released a video blessing the country’s leadership and armed forces in Hebrew, that has since been viewed over 150,000 times on social media. 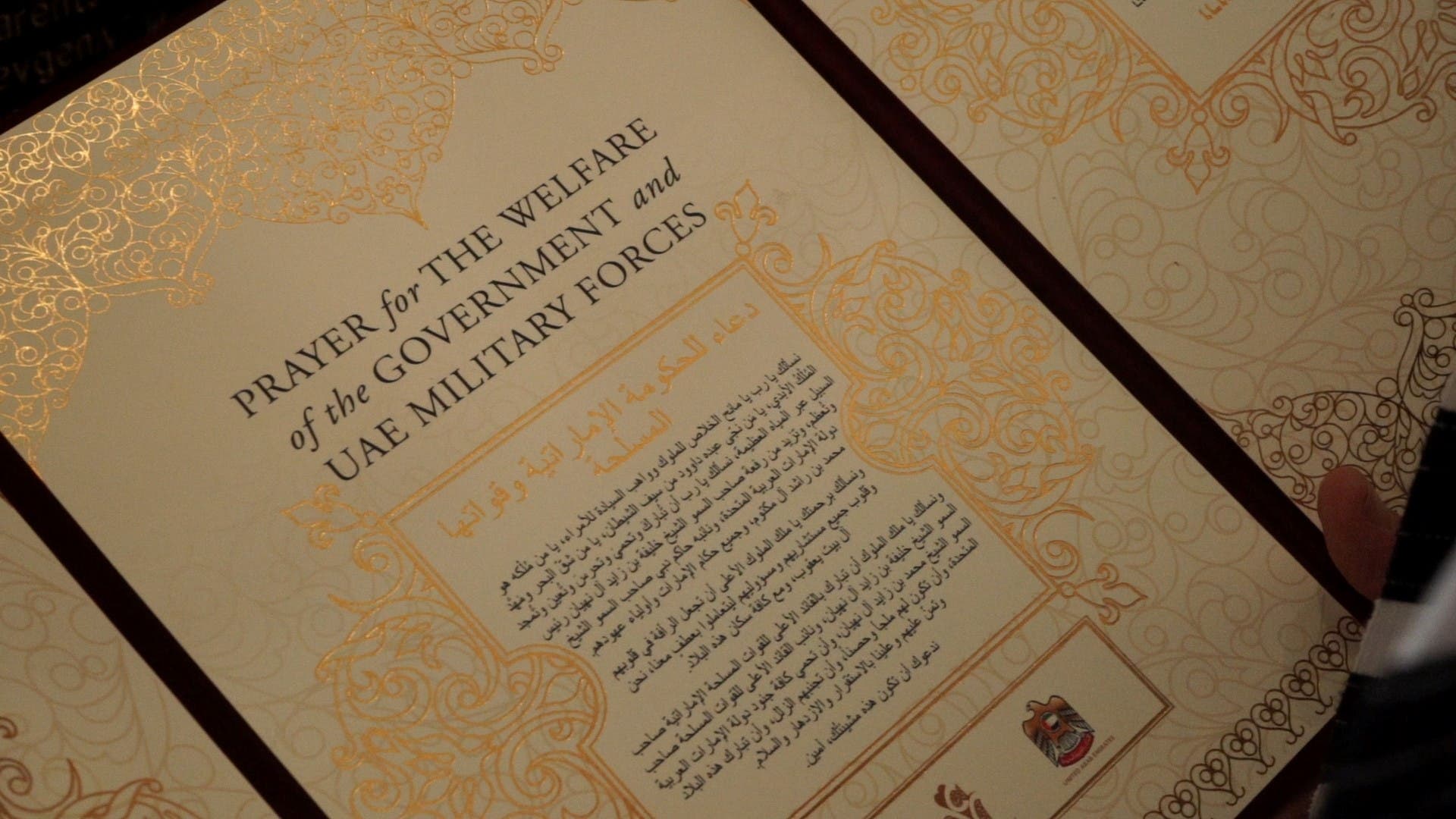 The Jewish community’s Prayer for the Welfare of the Government and UAE Military Forces translated into Arabic. (Supplied)

“Our video of the blessing is to show the world our appreciation and pride to be living in the UAE, and how gracious the leadership is,” said Duchman, who is originally from the United States.

“We pray this prayer every Saturday,” he added, referring to the Jewish Sabbath.

The UAE’s Ambassador to London Mansoor Abulhoul shared the blessing on his personal Twitter account, calling it “a beautiful video.”Mansoor Abulhoul@MansoorAbulhoul

A beautiful video from the Jewish Community of the UAE. They have recently joined Twitter and are a must follow.https://twitter.com/JewishUae/status/1267504374051483651?s=20 …Jewish Community of the UAE@JewishUaeOur blessings for the UAE
دعاء من أجل #الإمارات
Part 1433:42 PM – Jun 3, 2020Twitter Ads info and privacy19 people are talking about this

Drawing on the past

In 2014 the Pew Research Center reported that the level of religious hostilities in the Middle East and North Africa had reached a level four times that of the global average and that harassment of Christians and Jewish people was on the rise.

Defying these statistics, the UAE has proved to be a beacon for interreligious relations – and not only for its residents. When Zabinsky hosts Jewish friends and business partners from the West he said there is one common theme.

“None of them wanted to leave! Each was incredibly impressed with the open arms and hospitality they found in the UAE,” he said. 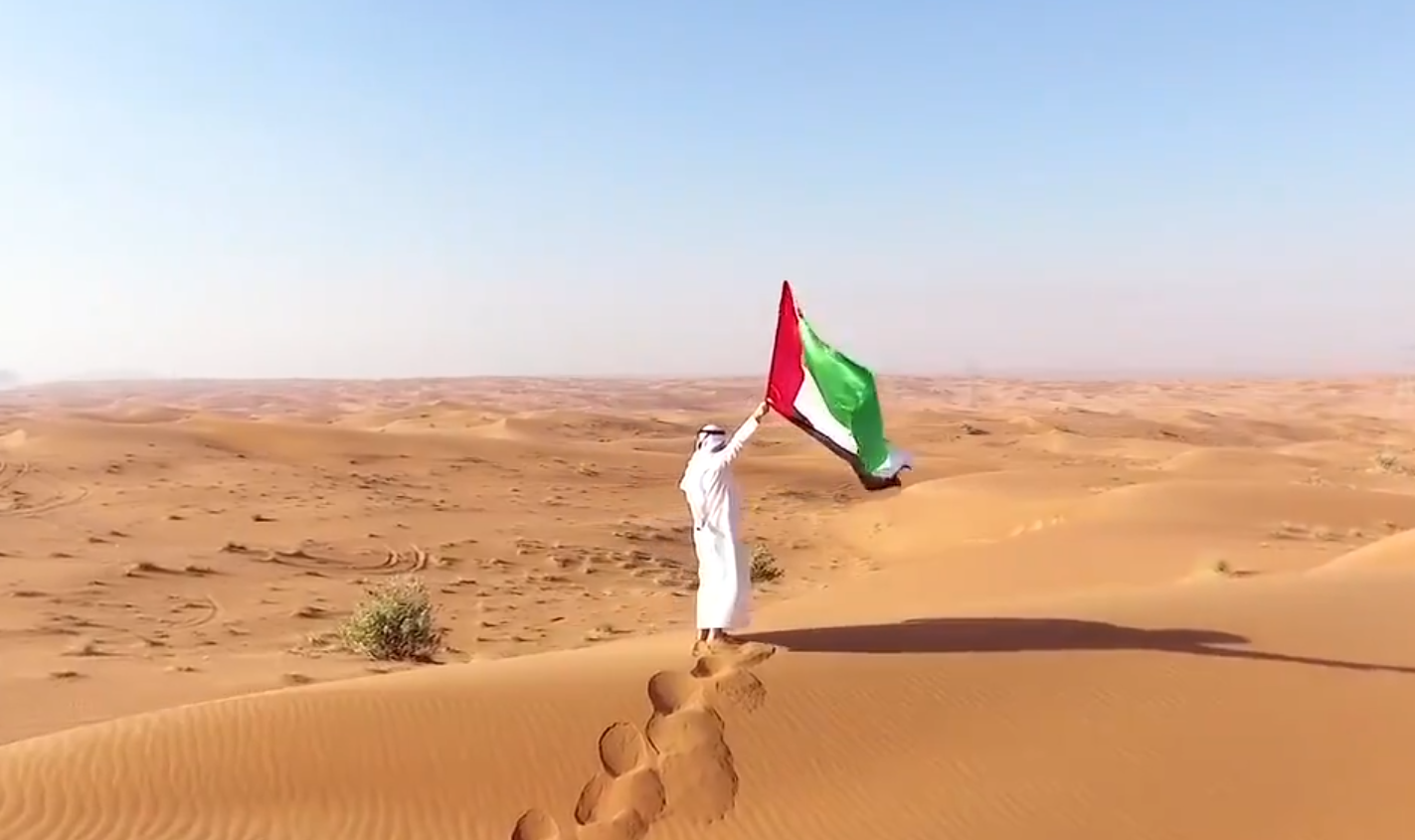 A scene from the video Prayer for the welfare of the government and UAE armed forces. (Screengrab)

“Muslims and Jews are both the children of Abraham and have lived together in peace, respect, and harmony in the Middle East and elsewhere for hundreds of years,” added Rabbi Duchman.

“Let us continue to rebuild and to focus on our similarities while respecting our differences,” he said.

Jewish in UAE: Community members reveal life in an Arab Muslim country added by RichardA on 19 juin 2020
View all posts by RichardA →