B’nai B’rith International, the first and oldest Jewish organization in America, has long cited its humanitarian and disaster relief efforts around the world as one of the four “pillars” of its historic identity. Indeed, the group’s home page describes B’nai B’rith as “a leader in disaster relief.”

But a review by the Forward of B’nai B’rith’s public tax records indicates that over the past five years, the overwhelming majority of its expenditures on humanitarian relief — about 95% of its aid budget — consisted of pharmaceutical supplies that it received from another charity and shipped on to hospitals and medical centers in Latin America. Half of those donations went to Argentina.

Out of some $41.4 million that B’nai B’rith has spent on humanitarian relief since 2008, only some $2.1 million appears to have gone to actual disaster relief in areas of emergency or urgent need, such as Haiti, Louisiana after Hurricane Katrina and Fukushima, Japan, in the wake of the 2011 tsunami and nuclear plant disaster there.

“He had a contact involved in B’nai B’rith Argentina, and they talked about needs of the Argentina community due to the extreme inflation at the time,” Bender said.

According to B’nai B’rith International’s Latin American director, Eduardo Kohn, the group has since donated $100 million in pharmaceutical supplies to Latin America. A review of B’nai B’rith’s tax forms by the Forward was able to identify half of that, about $48 million, during that period.

B’nai B’rith says that’s because for the first four years of the organizations’ relationship, the Jewish group did not list the value of the pharmaceutical supplies as either revenue or as an expenditure in its financial statements. The organization started listing the drugs’ in-kind value in both columns only in 2006, said Bender.

“Some of our leaders — proud of our efforts — had suggested we show it to gain recognition for the good work we do,” she wrote in an email.

Luke Hingson, president of Brother’s Brother, confirmed that the $100 million figure is correct.

Hingson said the majority of pharmaceutical supplies it provides to B’nai B’rith to ship to Latin America are generic antibiotics, anti-diabetic products and medicine for high blood pressure.

He said that Brother’s Brother works with B’nai B’rith in Latin America because the latter has a good network of contacts through its local lodge system, and also because of the group’s integrity. “Not every group everywhere offers integrity,” Hingson said. “B’nai B’rith does.”

The pharmaceutical supplies, which B’nai B’rith receives as a bulk donation from Brother’s Brother and then donates to Latin American governments, can account for as much as 59% and as little as 17% of B’nai B’rith’s total revenues in any given year.

Latin America in general, and Argentina in particular, might not necessarily be the first region American donors think of when they consider overseas humanitarian needs.

But Martin Zanin, an associate director at the not-for-profit global health and disaster relief group AmeriCares, said the region is in desperate need of pharmaceutical supplies.

Last year, 30% of the of the $193 million pharmaceutical supplies AmeriCares donated worldwide went to Latin America and the Caribbean, Zanin said.

Zanin said AmeriCares does not work in Argentina, so he could not comment on that country’s needs. He said that a good way to gauge overall medical need is to look at metrics such as per capita income and infant mortality.

Although Argentina lags behind Western countries in these measures, it has one of the highest per capita incomes and one of the lowest infant mortality rates in Latin America.

Kohn said that that B’nai B’rith delivers most of the pharmaceutical supplies it receives to Argentina because that country has a large population — more than 40 million people — and because it is the country most willing to accept the medicines to which B’nai B’rith has access.

B’nai B’rith does not pay for the pharmaceutical supplies, but it does pay the cost of transportation and customs fees.

Bender said that additional funds raised and donated by units outside the United States are not reflected in B’nai B’rith International’s financial statements.

Although B’nai B’rith’s pharmaceutical donations to Latin America dwarf its other humanitarian work, the group does operate humanitarian relief around the world.

Following Hurricane Katrina, B’nai B’rith spent $1.1 million over six years on projects in Mississippi, Louisiana and Texas. It spent $85,000 on medical and logistical support after the 2011 Fukushima disaster. The group also raised tens of thousands of dollars for relief work following Superstorm Sandy and the Boston Marathon bombing.

These numbers may pale in comparison to the image that B’nai B’rith projects, on its website and in its financial statements, of being a large global relief organization. Its current home page, for example, features a photo of destroyed coastal structures near the top, over the headline, “Aid the Victims of the Typhoon in the Philippines.”

But the focus on Latin America does suggest a trend that has been evident to the organization’s supporters for some time.

Although B’nai B’rith appears to be on the decline in North America, it continues to remain strong outside the United States, particularly in Latin America, where it has representation in most of the region’s countries.

That represents an important, if long-developing, shift for the organization, which was founded 170 years ago by German-Jewish immigrants on the Lower East Side of New York City. Established as a Jewish fraternal organization along the lines of the Masons, B’nai B’rith was committed from the beginning to helping the needy, the poor and the destitute.

It also gave birth to three organizations — the Anti-Defamation League; the national campus Jewish outreach group, Hillel, and BBYO, formerly B’nai B’rith Youth Organization — that have since spun off independently and become successful in their own right.

But the days of the fraternal organization in America have long been numbered.

But the group has found itself in increasing financial distress in recent years, while being overshadowed by other American Jewish organizations in most of these areas that it declares as its mission.

On the senior advocacy front, B’nai B’rith has, for the past 40 years, helped local chapters apply for funding for assisted living projects. The resulting 42 buildings across the United States, serving 8,000 seniors, are federally funded.

That has left B’nai B’rith’s humanitarian work as the primary source of the group’s revenues — and expenses — on its financial statements. But overall its net assets, as well as its network lodges in the United States, have been in long-term decline.

In 2011, the Internal Revenue Service revoked the tax-exempt status of 500 B’nai B’rith lodges as part of a nationwide sweep of not-for-profits that it believed were defunct.

The negative figure was due to B’nai B’rith’s overburdened pension plan, which by 2011 had only $30 million in assets to cover $56 million in benefits.

Even after the bailout of B’nai B’rith’s pension scheme by the federal government’s Pension Benefit Guaranty Corp. in 2012, the group’s finances remain precarious.

Allan Jacobs, B’nai B’rith’s president, said that the organization’s net worth is much greater than $150,000. “I don’t know where that number came from,” Jacobs said, “but it is not the current number by any means.”

Jacobs said his organization has plenty of money and is “operating very close to a breakeven.”

He added that B’nai B’rith no longer relies on the membership model of dues-payers. Instead, he said, it has shifted toward voluntary contributions, though he declined to disclose figures.

“We don’t think that is the type of information an organization such as [ours] should disclose to the general public or to the other organizations,” Jacobs said.

According to B’nai B’rith’s tax documents, its dues-paying members are in the tail end of a steady decline. The organization collected $900,000 in dues last year, compared with $3 million 10 years earlier.

In addition to humanitarian work, B’nai B’rith operates with national and international bodies in Latin America, fighting for human rights and against discrimination.

Kohn said: “B’nai B’rith is a very prestigious trademark in Latin America. It is well respected by political parties and social organizations and NGOs, and this attracts people [in the Jewish] community to B’nai B’rith.”

B’nai B’rith is also active in the Organization of American States, the European Union and the United Nations.

Moishe Smith, a past president of B’nai B’rith, said that because the group has lodges in more than 50 communities around the world, foreign governments and international bodies are receptive to its needs and to its point of view.

Seymour Reich, another B’nai B’rith past president, said the group “still has a future.”

“It’s vibrant, it’s active, it’s concerned about anti-Semitism, humanitarian aid and senior citizen housing,” Reich said. “And the latter two categories are not being undertaken by any other organization.” 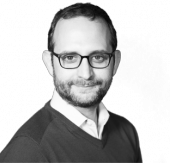 Paul Berger was a staff writer at the Forward from 2011-2016, covering crime and healthcare issues, such as sex abuse, circumcision, and fraud. He is a fluent Russian speaker and has reported from Russia and Ukraine. He also likes digging into historicalmysteries.